Menu
Back to Musings

God in the Bedroom.

An old sex therapist joke: “You know why I feel sorry for atheists? They have no one to call to during sex!” Ba-dum-ching!

Sex, God and faith are a seriously stressful trinity for too many, which can result in the absence of sexual pleasure, enjoyment and freedom. Perhaps you were one of the faithful, who worked diligently to become a “good [fill in the blank: Christian, Muslim, etc.].” Since 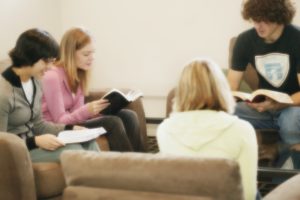 your early childhood, sexual topics were either totally ignored or referenced in such sinful terms that you couldn’t help but to internalize a negative impression of sex. More, you got messages that those who were sexually active were inherently bad news. Or, worse, you may have been told that an entire gender couldn’t be trusted (e.g., “Boys only want one thing. Sex. They can’t be trusted.”). Thus, you were encouraged to avoid any one-on-one contact with someone of the opposite sex who wasn’t your close family. The opposite sex became radioactive.

In the 1990s, purity culture moved across the country. Perhaps, you and your family were a part of the Purity movement where anything sexual, maybe with the exception of kissing, was sinful. You, wanting to, again, be seen as devout, attended religious services regularly, spent most of your time with friends and family who were closely affiliated with your spiritual community, and prayed daily. You may have even gotten a “covenant ring” from your parents when you were 13, as a constant reminder to keep the faith and remain celibate. These are all admirable ways to express your devotion; there is nothing inherently wrong with these practices. There’s nothing wrong with waiting until marriage before you have sex.

The Echo of a History

As a sex therapist, I’ve seen the ill-effects of many men and women who struggled when transitioning between sex-as-sin to sex-within-marriage-as-sanctified. The message was “focus on purity through adoption of a set of behaviors…anything else was dirty.” Consequently, when you found your body responding sexually and/or having sexual thoughts, you naturally labeled those experiences as dirty and sinful–whether that included anything from masturbation to same-sex attraction. Later, you may have struggled with communicating your sexual interests and preferences with your partner. You had no way to share with your beloved what is pleasurable, because you’ve worked so hard to resist the temptation to explore your sexuality, thus never learned about how your body prefers sexual stimulation.

“Of all tyrannies, a tyranny sincerely exercised for the good of its victims may be the most oppressive.” C.S. Lewis

I’m reminded of the quote by CS Lewis, “Of all tyrannies, a tyranny sincerely exercised for the good of its victims may be the most oppressive.” I get why abstinence-only sex education is so appealing. A risk for having sex is pregnancy, of course, among other risks. Having a baby before one is ready will alter one’s life and potentially negatively impact their ability to choose other opportunities (e.g., higher education).

As a product of unwed and uneducated parents, I get the rationale; it makes perfect sense to me. Sometimes, I wonder

how my siblings and I would have turned-out differently if surrounded by emotionally, psychologically and financially mature adults. Nevertheless, the purity movement appears to have had oppressive consequences for some when maturing into adulthood and needing to navigate sexual relationships. For so many, they’re paralyzed by fear and lack of confidence. They’re flooded with constant mind-chatter that questions and instills doubt. It’s a legitimate struggle.

Welcome God back into the Bedroom

Since the purity movement, we’ve seen a growing consensus that the movement had very negative consequences. More, we’ve learned that high profile proponents of the movement have now expressed regret for spreading the message. When the faith limits its education about sex and sexuality to fear-based messages that ignore the predominant reason for people’s sexual expression–that it feels good–people suffer in the long-run.

The temptation, though, may be to reject faith and religion entirely if you experienced the negative messages that I described above. I along with many mental health and clergy persons believe there is space for God and faith in having a pleasure-focused sexual life. Recently, I had the pleasure of interviewing sex therapist, Rev. Nathan Blake on the interplay of faith and sex. I hope that you’ll find our conversation to be informative and thought provoking. 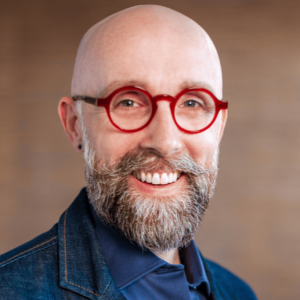