Send A Message
Menu
Back to Musings

The Kudzo of Marriage: Closeness.

The Slow Creep of Kudzo

If you’re from North Carolina or lived here for some time, you’ve likely seen Kudzu taking over various parts of the State. Kudzo is an invasive plant brought to the US from Asia during the mid-20th century as food for livestock and  erosion control. Unfortunately, this good-intended intervention has ended up threatening many of the indigenous plants of North Carolina.

The Kudzo of Marriage: Closeness

Likewise, the Kudzo of Marriage, also known as closeness has a terrible effect on a relationship if left unchecked. When a relationship begins, it’s virtually ALL intimacy. Intimacy is defined as the experience of high anxiety, high risk, low predictability, newness, novelty, etc. As a relationship progresses, closeness creeps in. Closeness is about predictability, familiarity, comfort, low anxiety, low risk, etc. Every relationship needs a little closeness, especially when forming a close-nit unit in which to raise a family, for example. However, closeness, like kudzo, can overtake the relationship, even when it has good intentions.

Many couples choose monogamy as the governing institution for their relationship for a variety of reasons. Most notably is that monogamy represents the cultural norm and the gold standard for relationshipping (though there are many other legitimate forms of relationshipping). However, rarely do I find couples who explicitly talk about the implications of monogamy, especially as it relates to sex.

Many couples find their way to my office feeling quite disgruntled about their sex life. The kudzo of marriage has taken over completely and suffocated all intimacy from the relationship.

I’ll ask them about their marriage and whether they’re monogamous. Naturally, many say yes. I then ask them to define monogamy, and they will usually report, “Sex with one person.” I’ll reply, “Well, if monogamy is sex with one person, and you’re not having sex, then you’re not monogamous. You’re something else. I don’t know what that something else is, but I do know that it’s not monogamy.”

Sexual Obligation, Responsibility and the Right to Say No.

When choosing monogamy as a governing institution for the relationship, one is also choosing to be responsible and obligated to participate in sexual activity with their partner as a trade off for having them seek sex elsewhere. At the same time, one also must reserve the right to say no to sex. For it’s the right to say no that gives the yes its meaning.

Nevertheless, saying no within the context of monogamy has a higher tax that isn’t incurred in other types of relationships (e.g., polyamory, ethical non-monogamy, etc.). If said too often, it can breed resentment, anger, frustration, and greater distance between partners.

Cutting Back the Kudzo

Kudzo is hard to get rid of. It seems to evade most attempts. Unlike Kudzo, though, we don’t want to get rid of closeness; closeness has its place and has value. Rather, like kudzo, closeness must constantly be kept in check. Time and attention must be given to cutting it back so that it doesn’t take over the relationship.

Techniques for cutting back the kudzo of marriage include having intimate conversations, asking important questions of your partner, engaging in activities that are both new AND exciting (emphasis on the exciting). Read books about sex and intimacy. Let’s face it, when’s the last time you read a book on sex? Some couples find that opening the marriage are ways to increase intimacy, too.

Hear me, monogamy is a legitimate institution for marriage. It works for many. Yet, it requires upkeep. Get out those gardening tools to take care of cutting back the kudzo, and you’ll be on your way to cultivating coupledom in a style that works for you and your partner.

Until next time, go in peace and not in pieces![/vc_column_text][vc_video link=”https://youtu.be/YlAvj4DKpvk”][/vc_column][/vc_row]

PrevPreviousAn Interview by Rebecca Wong, host of “Practice of Being Seen.”
NextFive Love Language or Specialization? As the Buddha said, it’s the middle way!Next 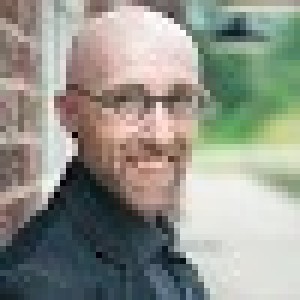